In January, MELITEK broke ground starting first stage of new expansion and are now proud to announce that we have completed the project of two additional warehouses at our plant in Nr. Alslev.

The two new high-storage-warehouses are of 1000 m2 each and enable us to storage additional 1.800 tons of meliflex compounds and raw materials on-site.

The official ribbon cutting ceremony by plant director Simon Lie was celebrated by MELITEK staff and the warehouse was inaugurated by our new reach truck with the first pallet of meliflex compounds.

The building of the new warehouses was awarded to a local constructor and has proceeded according to plan and budget.

Second stage of MELITEK’s masterplan of expansion is adding another production hall and compounding line, that will become our fourth line on-site dedicated to meliflex compounds for the healthcare market. The new production hall is under construction already and the new line is planned to be installed and ready for start-up by July 2022. Once in operation, the new line will bring MELITEK’s total nominal capacity to >40.000 tons. 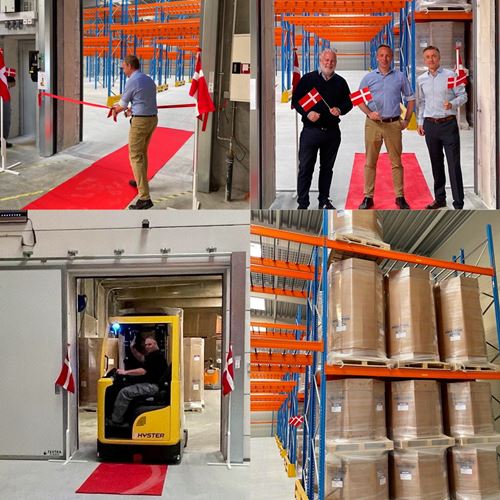